A Conflict of Friendship Over Sarah Jane


One more conference. The Conservative Party has one more conference to make sure Britain is saved from the tyranny of a Labour Government. Conservative Future is a part of this. A CF branch in a constituency increased the Conservative swing from Labour by 2.5% in 2010. Ultimately, No titles are important in CF and nor are the parties and events. It is the campaigning and influence we have in stopping Labour getting back in which is vital. Leadership, unity and competence are a part of maximising CF and thus the electoral chances of our party. This is important to me and cannot be over emphasised.

It is thus with deepest regret that I must no longer back and support my close friend, Sarah Jane Sewell, in her position as Deputy Political Membership and her future bid to be CF Chairman. I fully backed Sarah Jane earlier this year and have fully supported her as a friend and a lady who wanted to do good. Sadly I can no longer do this. To me and the majority of people in Conservative Future Sarah Jane has now sadly become the most damaging force inside CF and is not politically fit to continue or go further in bringing us closer to a majority in 2015.

I do not write this piece lightly. Sarah Jane is a long time childhood friend of mine and is someone who I have tried to look after in CF whenever she has been in trouble. However her political decisions, leadership skill and divisiveness is bringing us further from a majority in 2015 by notably damaging CF. It is a tragedy that it has had to come to this.

Nor is this piece in my mind over stated or over exaggerating 'wendy house' politics. My blog is for news, debate and occasionally poking fun at politicians and parties. Gossip of whose getting married to who and the personal grudges in CF do not appear in my blog unless they create an event, even when minor. Remember I am a Conservative activist over a blogger.

I write this because Sarah Jane's judgement has waned hugely over the past year. She became too close to the sender of emails that very likely breached the Data Protection Act during the CF elections. It was inferred by many CFers that she was part of this scandal, despite not being so at all, and so I and other close friends of her tried to counter this belief by explaining she was innocent.

Sarah Jane however did win again in the CF elections but instead of being a force for good, like before, she became an angry tornado attempting destruction where ever she seemed to go. Despite much personal conversation and advice to Sarah Jane to avoid mindlessly creating problems for CF she has continued to launch an unprovoked, unhelpful and malicious crusade against the Chairman Oliver Cooper. In her mind Oliver Cooper 'is doing f*#k all as chairman' and 'it's the libertarians' spurred on by Oliver Cooper who are attacking her for no reason.

However the truth is, is that she has been the only one on the offensive launching angry tirades against the chairman so that she is a barrier to everything he does. She will not even allow those into a conference event who are members of CF but are loosely friends of Oliver Cooper, let alone allow anything of what he says to happen.

Her guns, primed for no reason other than paranoia, have fired upon ordinary CFers up and down the country as well. She has done this out of anger on Twitter and in fear of a nonexistent 'libertarian' revolution behind her back. I know not why she has become like this. The Sarah Jane that I became friends with many years ago has not been displayed for many months now. We really need her to return.

Her new conference escapades have been the final straw for me in deciding not to back a young lady who is sadly and tragically out of control. Sarah Jane had given me a cast iron promise not to run for chairman this year. She agreed this decision would be best for her politically but also for CF's unity brining us closer to a 2015 majority. This promise was made over again and again as late as the end of July to me. It seems however she has backed down on what she promised to do. I do not know whether this is out of ambition, out of hatred for Oliver Cooper or being convinced by others who may gain from the chairman not being re-elected.

Earlier today she sent me a text to which I did not reply. This text was also sent to several other prominent CFers and accused us of 'twisting her words'. Sarah Jane then got people to go to TBG who published an article which insinuates that thinking of my party and many other people first is a betrayal. I am a very good friend to Sarah Jane and have been so for a very long time. It is with a heavy heart that I believe her unwelcome transformation into someone who is divisive and trying to push CF in the wrong way needs talking about.

After more than 20 years of not being in power we cannot risk a 0.1% less of a swing with Sarah Jane Sewell. Her divisive abilities, poor judgement and poor leadership is driving members and following on voters from the Conservative Party. Sarah Jane's actions, which still are full of passion, is like leading a team of 100 activists for a mass canvass of a marginal seat. However, instead of giving them the best literature the party has got she hands them Labour leaflets declaring do not vote Conservative.

I have done what I believe to be right. I have written this piece in hope of a continued surge in CF, sadly without Sarah Jane who is blocking further gains. I bear no grudge against anyone and will still be friends with Sarah Jane. I have written this after much talk with others who were before the keenest of SJ supporters but now have a tragic conflict of friendship between CF doing well and supporting a good chum. It has gone too far. The time has come for others to consider their own response to the tragic conflict of friendship with which I have myself wrestled for perhaps too long. 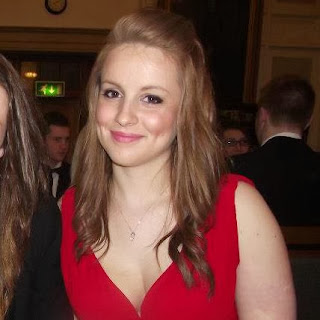