#ThingsElliottSays can exclusively reveal that Sarah Jane Sewell is planning to stand for National Chairman of CF next year against Oliver Cooper. Sarah Jane texted #ThingsElliottSays to say "Decided to run for national cf chairman. Early Days yet, not making it public. Really hope I can count on your support. Happy to answer any questions. Xx". Sarah Jane had sent this text to many other prominent CFers many who have told #ThingsElliottSays they didn't even vote for her as Deputy Chairman Membership.


My Question to SJS is why is she doing this? Sarah Jane told #ThingsElliottSays earlier this year that she was 'considering cutting all ties with CF positions after this term'. This move also seems bizarre politically because her popularity within CF has waned notably since her re-election as Deputy  Chairman Membership. Questions will be focusing on whether Sarah Jane is being put up by others as a challenge to Oliver Cooper which polling suggests has a 2/3rd popularity.

Whatever the reasons for standing Sarah Jane will not be receiving the support of #ThingsElliottSays for CF Chair, despite this blog backing her in the CF elections. This is also the position of many other people who voted for Sarah Jane Sewell as Deputy Chairman Membership. Her chances of winning at this moment seem slim. To my mind this conference coup has ended before it began.

Read why I have chosen not to back SJ. 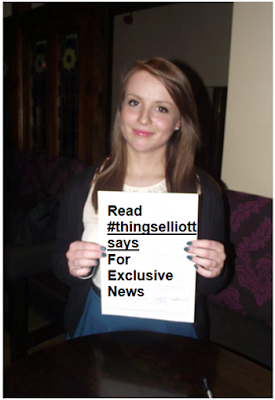