CF Chair Candidate Jacob Wilkinson has been accused of being a supporter of al-Aqsa, a pro-Palestinian group based in Leicester with a dubious record on anti-Semitism.

Wilkinson is a follower on Twitter of al Aqsa's official account. On its account al Aqsa describes its role as 'a UK based non-profit making NGO concerned with defending the human rights of Palestinians and protecting the sacred al-Aqsa Sanctuary in Jerusalem.' However, serious concerns of anti-Semitism have been raised about al Aqsa. On a TV channel called Mermi there is a video by al-Aqsa TV called 'Hamas Sermon from the Gaza Strip: Our Doctrine Entails Exterminating the Jews'. al-Aqsa has also published on its Official Facebook Page several particularly dodgy photos. 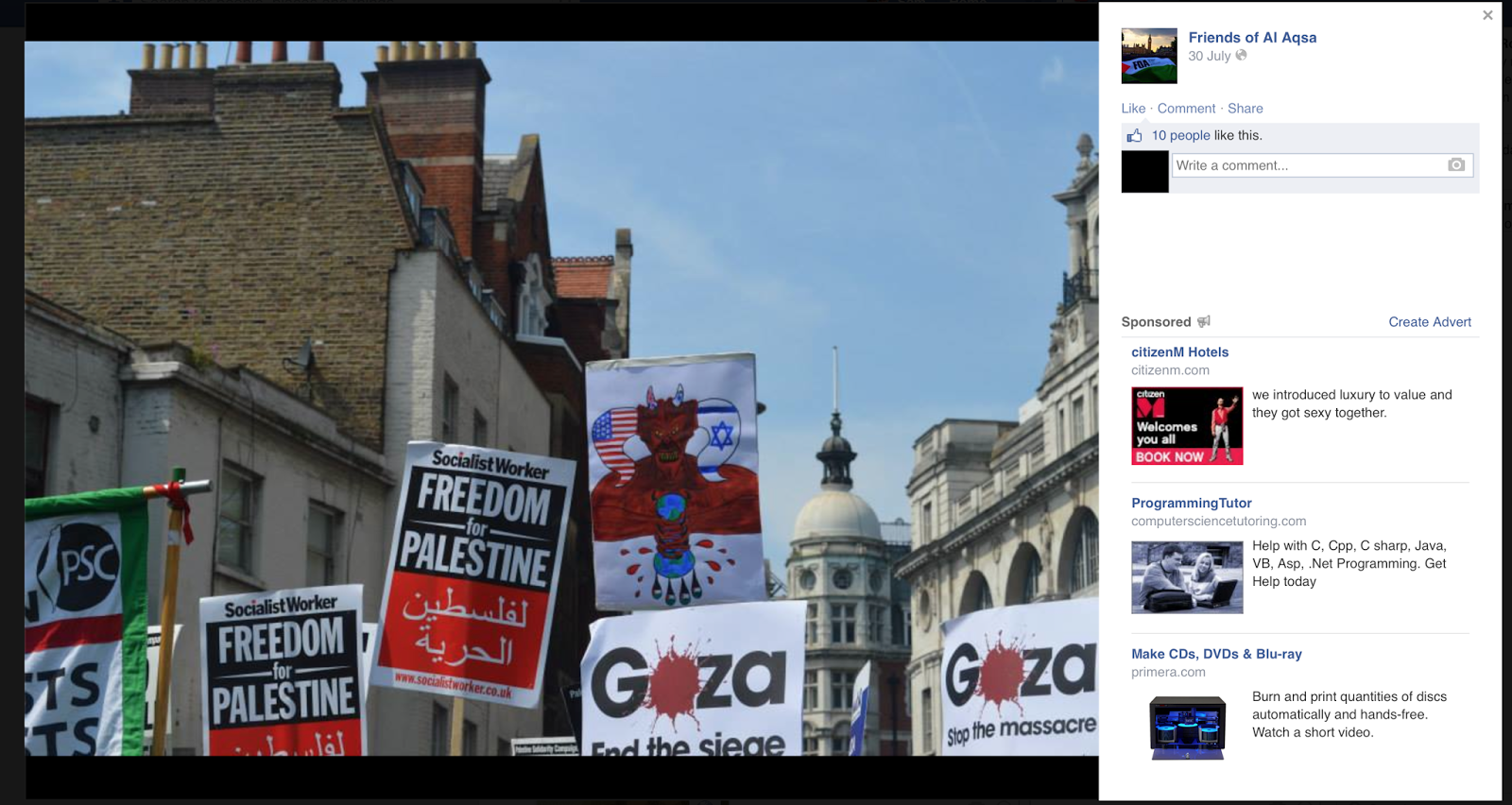 Wilkinson has been tweeting about a boycott on Israel and his pro-Gazan views on his Twitter account in the last few days.

Useful information for those who are wanting to #BoycottIsrael in the UK http://t.co/FdAyYc8f3a
— Jacob Wilkinson (@JacobWilkinson) July 29, 2014


I have decided that I will now be boycotting Israeli goods and products. Luckily I don't like Figs.. #gaza
— Jacob Wilkinson (@JacobWilkinson) July 29, 2014


I am no longer shocked by the crimes committed by the Israeli State against Palestinian Civilians.
— Jacob Wilkinson (@JacobWilkinson) July 16, 2014

Jacob told #ThingsElliottSays last night "If friends of Alqa is dodgy they have the federation of Muslim Organisations tweeting about them taking a petition to Downing Street about Gaza with local [Leicester] MPs". He has also told #ThingsElliottSays this morning "My views on the Israeli-Palestinian issue are long held and well known. This is nothing but a witch hunt against me because I hold a different view to Stephen Hoffman, who seems to be completely incapable of understanding that people might hold different opinions to himself."


Respected young Conservative Stephen Hoffman has said to #ThingsElliottSays " Friends of Al Aqsa is a group which goes past legitimate anti-Israel activity into the realms of anti-Semitism as these links to Harry's Place show (http://hurryupharry.org/2010/09/27/ed-miliband-and-friends-of-al-aqsa/ and http://hurryupharry.org/2009/09/14/hate-israel-love-racism/) . There are also credible claims that they are sympathisers of Hamas. This is at a time when antisemitism in Europe is on the rise. 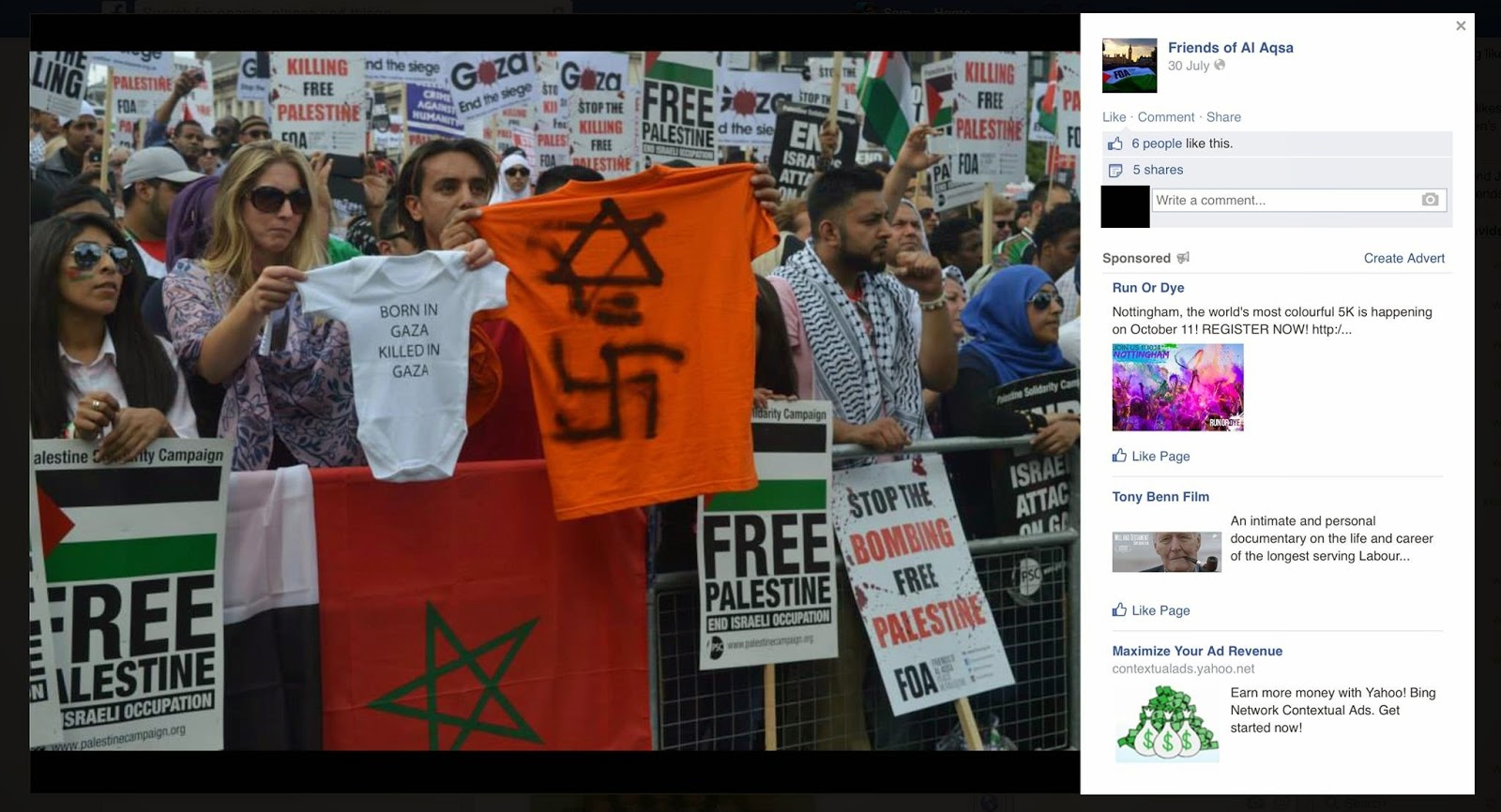 "I do not agree with the political judgement of someone who wants to be CF Chairman who is happy to be linked in any way to an antisemitic group at a time when antisemitism is on the rise dangerously. These are not personal attacks on Jacob personally. I'm sorry if he has taken it that way. I have many friends across the political spectrum including many good friends who disagree with me strongly on Israel. I have no problem with people having differing opinions, he has the right to disagree with me."

Jacob Wilkinson wishes to clarify his own positions after this article was published. He told #ThingsEliottSays "Just because I happen to follow a Leicester based Pro-Palestinian group on twitter, does not make me an anti-semite. I have never supported Hamas' actions, but I do question Israel's disproportionate response and the death of nearly 1800 innocent Palestinian men, women and Children."
Posted by Unknown at 13:52