Today I've been quite outraged and disgusted. This CF election process has gone too far in attacking people personally. Previously attacks on Oliver Cooper have concentrated just on him, but now they have moved to defaming and intimidating people who are deemed, by Oliver's opponents, to have any links to him. It seems the opponents of Oliver Cooper will go to any means.

I got this email yesterday from a one CFSaviour. 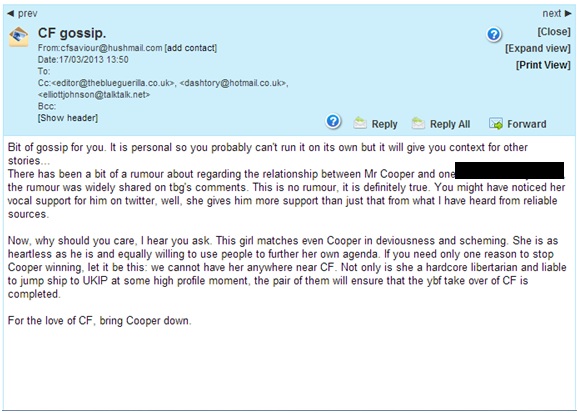 I then got in touch with the girl implicated in the email and CFSaviour had sent her this lovely one. 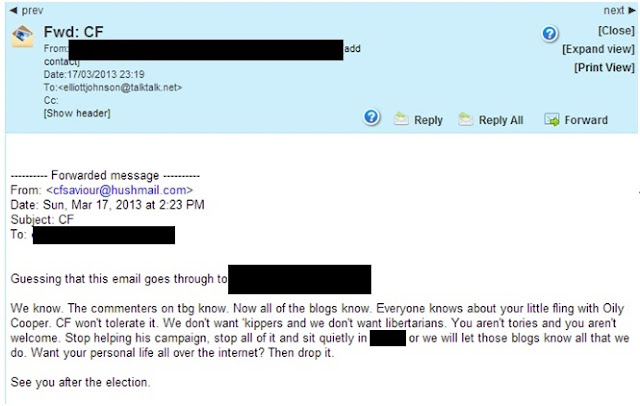 Firstly both these emails could be interpreted as defamatory and could be seen as an attempt at character assassination. The email sent to the girl also indicates several comments made about her on TBG. I have tracked down these comments and, although I will not publish them here as people could identify her, are equally bad and misogynistic. This email shows these traits too and has the 'know your place girl' sort of attitude, something CF should have none of, although something that seems to be apparent in a few groups with in the party.

This is reprehensible bullying of the worst sort and is very low indeed (probably the worst of what has come out of campaign so far). And it's not just this. #ThingsElliottSays has cast iron sources that say that they have been harassed by private numbers for supporting Oliver Cooper in an equally vile and threatening way.

So who did this? well we could not track the IP address of this email as it is protected by hushmail. But whoever they are they don't like the free-market wing of the party, has links to the people who wrote the TBG comments and uses the terms of 'Oily Cooper' in a derogatory way. Obviously this person is rather vile and a bully. Whoever they are, they should stop immediately. It would seem the opponents of Oliver Cooper are becoming quite desperate at the moment otherwise they wouldn't resort to such tactics. I hope they are thoroughly ashamed and do only harm to themselves.

Anyone who has any information on the CFSaviour you can contact #ThingsElliottSays and I'll see if we can get to the bottom of who they are. 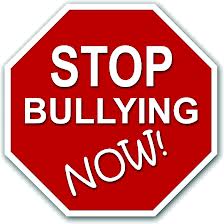 Oli Cooper and Sarah Jane Sewell have replied to the article on here saying how they feel about it. It seems Sarah Jane has been harassed too by phone callers. The evidence is mounting. 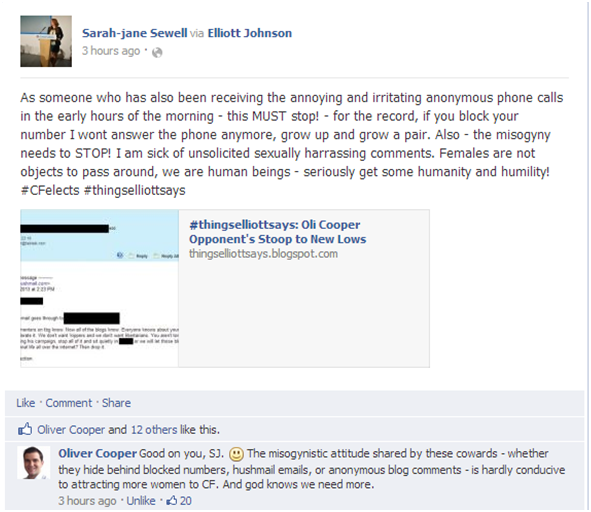