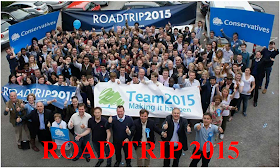 The CF National Exec and RoadTrip2015 have responded quickly to Douglas Carswell's defection earlier today with the creation of a 'RoadTrip2015 Clacton Volunteer Force' group on Facebook. This quick action has resulted in over 1000 Conservatives joining the group to make sure the Conservatives hold this seat.

In the first two hours of this group being set up 1,000 activists had already signed up for a RoadTrip to the Clacton by-election. At 7pm this figure had rose to 1,325 Conservative activists. Numbers have already gone past the 600 members of 'the people's army'* of Conservatives that went on the Newark RoadTrip.

Alexandra Paterson, the new CF Chairman, has already told #ThingsElliottSays "I'm absolutely delighted that so many CF members have already committed to supporting the Party in Clacton with RoadTrip2015. We need to show that if the British people want to have a say in an EU referendum, have a growing economy and better public services, they need to vote Conservative."

RoadTrip2015 was credited with playing a large part in the 7,500 Conservative majority in Newark. CF and RoadTrip will play a much larger part in the Clacton by-election 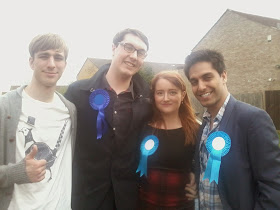 *The name was created in response to Nigel Farage saying he would muster 1000 UKIP activists to form a 'people's army' for the Newark by-election. UKIP never came close too this figure in reality.
Unknown at 19:18
Share